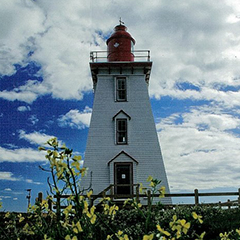 This major coastal light guides the ferry between Souris and the Magdalen Islands, as well as other vessels.

The square tapered tower, clad in wooden shingles, stands 45 ' base to vane. It has three flights of stairs leading to the unique shaped cylindrical tall lantern which is completely surrounding by glass windows. This lantern was made by the Chance Brothers of Birmingham, England.

The lantern deck is surrounded by a metal railing which has been raised to meet safety regulation to allow visitors to go out on the deck. It is supported by an ornate wooden bracketed cornice attached to the broad fascia. The windows on the top floor have a shed style roof over them while the lower levels have pediments over the windows and door.

For many years, three of the panels facing inland were covered over with a thick coat of paint that prevented the light from flashing on houses along that side. In 2009, this paint was removed except a small portion that displays a white Canadian Maple Leaf on a red background.

The tower houses an collection of pictures, equipment and the 4th order bull's eye lens which was returned to the tower in 2011. A number of other Island lighthouses have weight shafts in place, but Souris has the only complete weight system. The keeper had to climb the tower every 3 hours and 15 minutes to rewind the mechanism which rotated the light. There is also an extensive collection of seaglass.

Points East Coastal Drive - From Route 16 (Main Street) on the eastern side of Souris, turn south on MacPhee Avenue and continue to the harbour. Turn left onto Breakwater Street, which will lead you to the Souris East Lighthouse. The lighthouse is open to visitors during the summer months.

Souris, North Cape and Cape Egmont are the only three lighthouses on Prince Edward Island that have telecommunications equipment which directs air and sea traffic throughout the Gulf of St. Lawrence.

A fog alarm building was erected on the breakwater, off the site, in 1955, but the fog alarm was later transferred to the shed on the property during the 1980's. All fog alarms were discontinued on PEI about 2000.

One of the first mercury vapour lamps used by the Canadian Coast Guard was installed here in 1961. This experiment was so successful that it became the standard for All Canadian Lighthouses.

For many years the buildings were surrounded by a high metal fence which was removed when the property was transferred to the Souris Harbour Authority in 2009.

The site today includes the tower and a new building which houses a gift shop and washrooms. 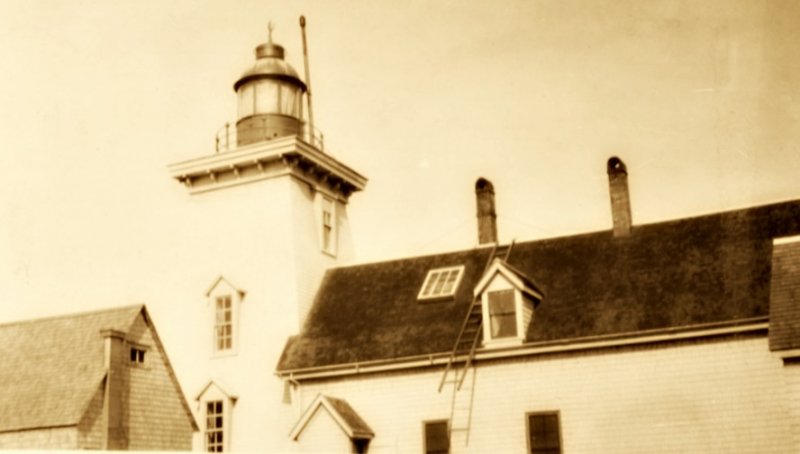 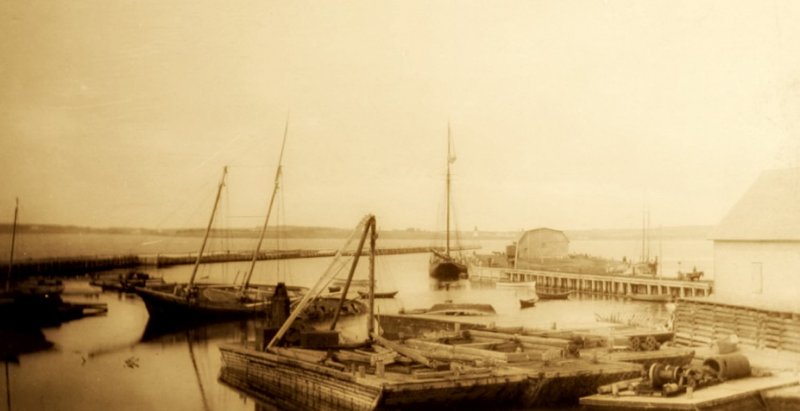 Francis McIntosh, who retired June 16, 1991, was the Island’s last lightkeeper. He has provided invaluable information to the current lighthouse operators. He lives nearby and is a frequent visitor at the lighthouse.

The Lighthouse was transferred to the Souris Harbour Authority in 2009.

During the winter of 2011-12, a new building was constructed, which houses the Souris by the Sea Treasures Gift Shop and washroom facilities.

Souris East Lighthouse was recognized as a heritage place under the Prince Edward Island Heritage Places Protection Act on November 1 , 2011.

On September 25th 2013, the Souris East Lighthouse was awarded a Provincial Designated Heritage Place plaque and certificate from the Honourable Minister of Tourism and Culture, Robert Henderson. 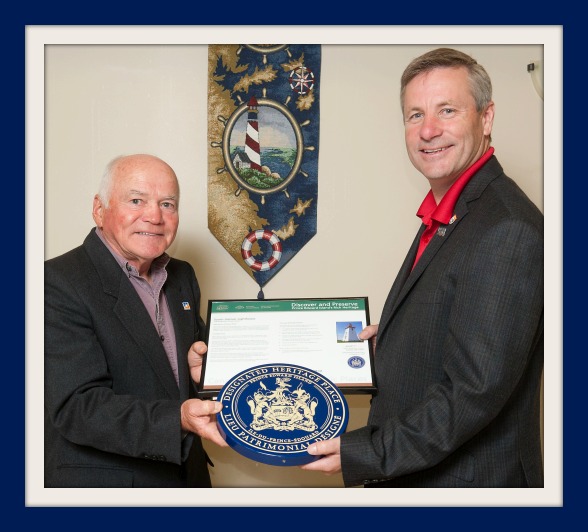