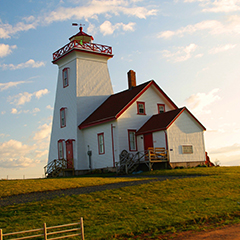 The Wood Island Lighthouse was the second lighthouse built after Prince Edward Island came under the control of the Federal Department of Marine and Fisheries in 1873. This meant it was built in the second generation style with a square tapered tower and an attached one and a half storey dwelling.

The tower is a wooden structure standing 16.5m (54ft) in height from base to vane. It is clad in cedar shingles. An interesting feature of the lantern is the fact that the metal base is square, while the glass part of the lantern is octagonal. The light shows a full 360 degrees. The vent on the top of the lantern is a round ball rather than the usual funnel shape. It has a lantern deck surrounded by cross braced railing painted red. The lantern deck is supported by an elegant curved cornice topped with a bright red fascia. The windows and door on the tower are topped with red pediments.

The one and a half storey dwelling is 25 feet high.The first floor has a kitchen, parlour, and two bedrooms. There were four bedrooms on the second floor. The windows on the main floor of the dwelling are similar to those on the tower, but are not topped with pediments. There are similar but shorter windows on the second story. The stair railing on the dwelling and the tower match the cross braced railing on the lantern deck. The dwelling has a broad bargeboard and fascia (edging) around the roof.

Today the lighthouse is an interpretive museum with 11 restored rooms featuring historic displays and a gift shop.

Points East Coastal Drive - Take the ferry from Caribou, Nova Scotia or Highway 1 from Charlottetown on Prince Edward Island to reach Wood Islands, where you will find the Wood Islands Lighthouse Museum & Interpretive Centre on the east side of the harbour near the ferry landing.

Donald Duncan MacMillan was the first person to own a kerosene lamp in Wood Islands. He was known to always keep it burning in an upstairs window to aid those who sailed the Northunberland Strait.

During the session of 1874, Parliament allotted $6,000 for construction of a lighthouse at Wood Islands. Archibald MacKay of Moncton, New Brunswick signed a contract to construct the lighthouse for $3,000. He made little progress in 1875 and eventually abandoned work on the lighthouse. For his efforts he received $900. Donald MacMillian, a local master carpenter, was hired to complete the lighthouse.

An additional window was added to the west elevation and the shed roof on the northernmost wing was changed to a gable roof sometime after 1914.

Prior to the construction of the ferry wharf, that began in 1937, the Wood Islands Lighthouse was used mainly to aid marine traffic in the Northumberland Strait and fishing boats in and around Wood Islands Harbour. Since 1940 this coastal light has also been used by Northumberland Ferries Limited for their seasonal ferry service between Wood Islands and Caribou, Nova Scotia.

The range lights which had been established in September 1902, were moved to the southern pier at the harbour entrance in 1940. At the same time the main light was then reglazed and a 360 degree 7th order lens was installed for the benefit of the ferry service.

The dwelling deteriorated over the years. A new single dwelling was tendered in 1968, but the project was cancelled because of the stations' proximity to the town. In the fall of 1980, the Coast Guard placed a double -wide prefabricated bungalow at the site for Leon Patton who moved into it in the spring of 1981. This dwelling (built in 196 for $30,000) was moved to the site from Caribou, Nova Scotia. It was removed in December 1991 when Leon Patton, the second last keeper on the Island, retired.

It was one of the last three lights on Prince Edward Island to be fully automated, and the last where the keeper and his family lived.

Recognized as federal heritage building in 1992, it was moved inland 70m (230 feet) in 2009 because of erosion.The Wood Islands Area Development Corporation opened the Lighthouse in 1998.Today there are eleven rooms of displays as well as a gift shop.

In the summer of 2012, the two decommissioned range lights were moved to the grounds of the lighthouse. 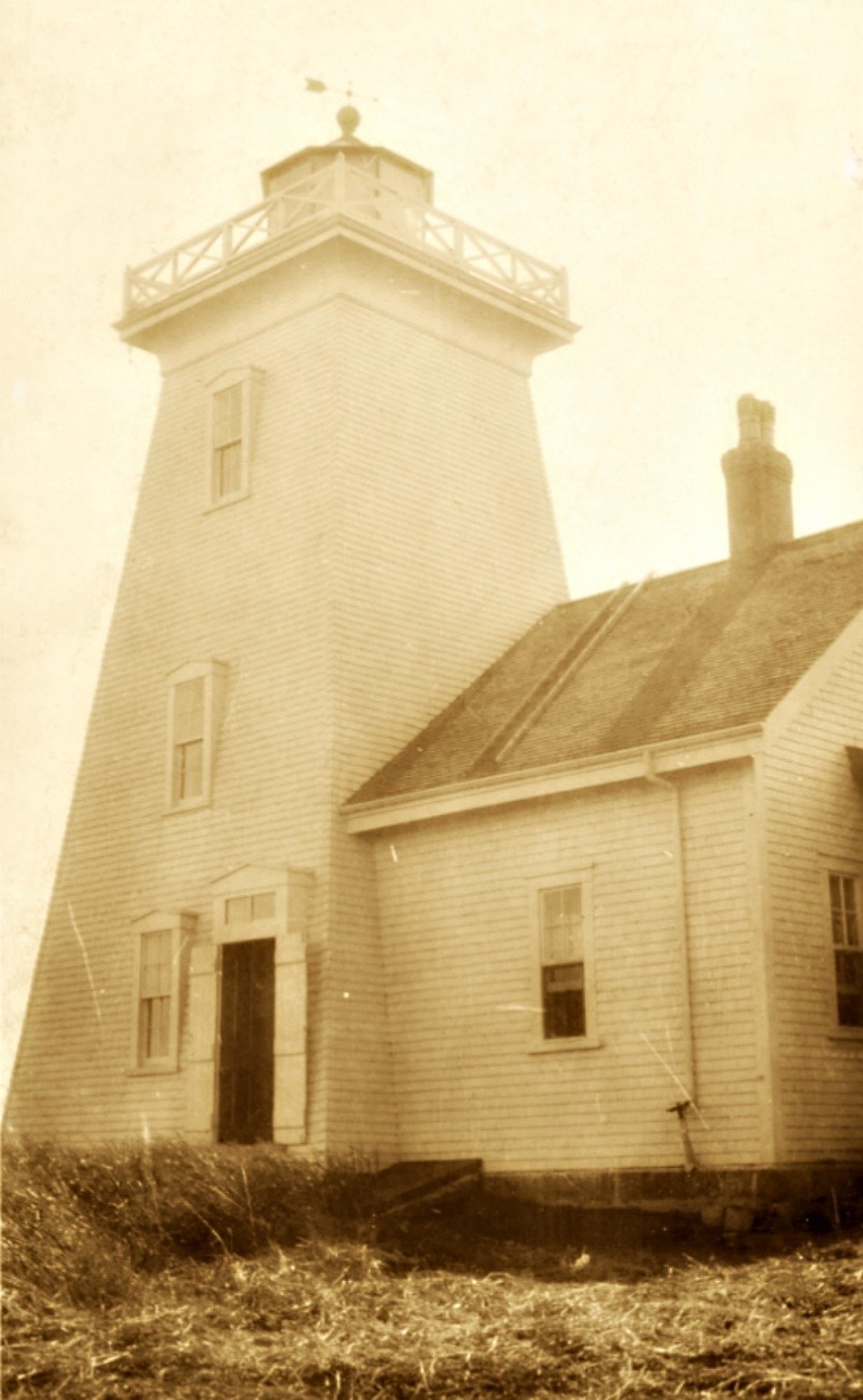 This lighthouse has been designated and registered under the Hertiage Places Protection Act on October 3, 2012. 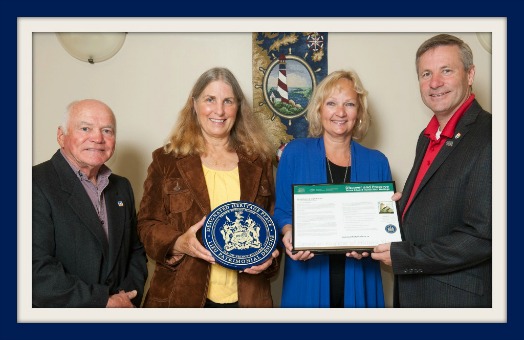