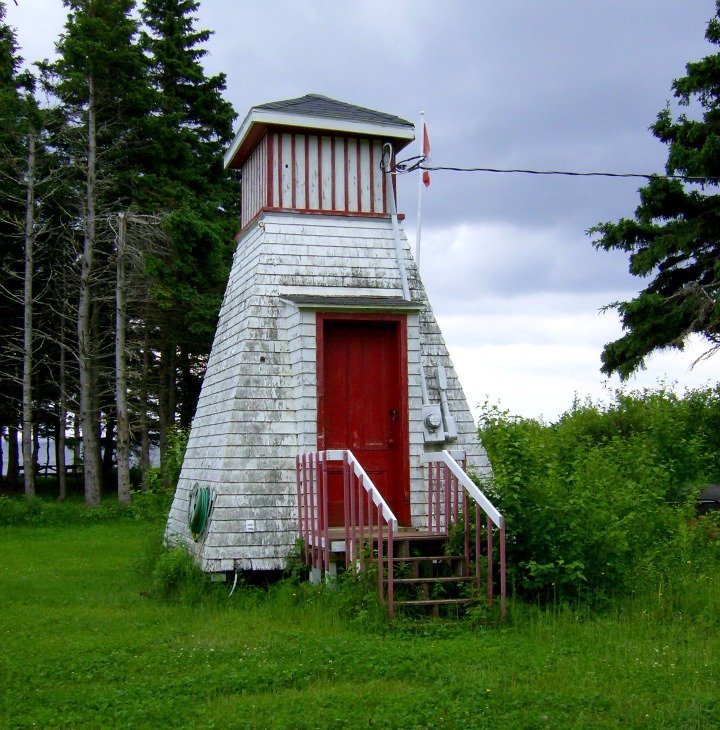 The Former Miminigash Front Range Light was painted white, and stood 17 feet high. A ventilator on the lantern was removed.  A unique feature on this range light is the red and white vertical stripes on the inland sides of the lantern. Two sides of the lantern facing seaward have windows. There is a shed dormer over the red door.

Miminigash Pond is a small body of water connected to the Northumberland Strait by a narrow channel with a pair of breakwaters or piers that keep the channel from shifting. In 1886 a pair of range lights was established to guide the mariners into this pond.

The Miminigash Range Lights were upgraded in 1900. The front light had a square wooden tower, with sloping sides, surmounted by a square wooden lantern. The fixed red catoptric light shone over an arc of 135 degrees, N. E. round through E. to S. covering Miminigash Reef and white from S. to S.41degrees W, which included the line of range. It was positioned on the outer end of the south breakwater at the entrance to the pond.

Two range lights were erected at Miminigash Pond in 1886. Simply lanterns hanging from masts, the Front Range stood about 152m (500 feet) south of the shore; the rear, about a mile away.

Excerpts from an unidentified letter.

…The first lighthouse was at Rix’s Point. It was built by a Mr. Cannon, who lived not far from the harbour on what is called the Tom Road. The two lighthouses at the harbour were built by Mr. Cannon’s son Tom.

* Miminigash, Page 37 - comes from...
Some Historical and Biographical Notes on the Community of Palmer Road
Compiled by Members of Community School, 1973, St. Louis, P.E.I).

In 1900, they were converted to enclosed wooden towers with angled sides and painted white. The Front Range, stationed at the entrance to the pond, stood at 17 feet above high water mark, the back, stationed on the beach, at 27 feet high.

The back fixed white catoptric light, set in a square lantern was on top of a 28 feet wooden sloped tower.

In 1969 this tower was sold to Everett Cahill, and became part of the Kildare By the Sea Campground just northwest of the Jacques Cartier Provincial Park. It has been relocated a second time because of erosion and is now on private property. 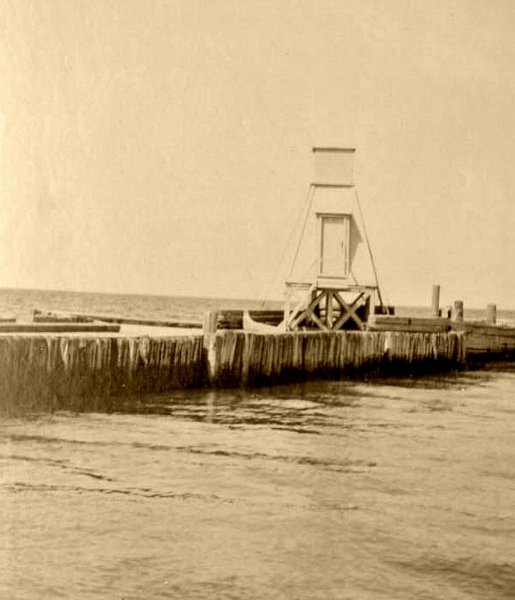 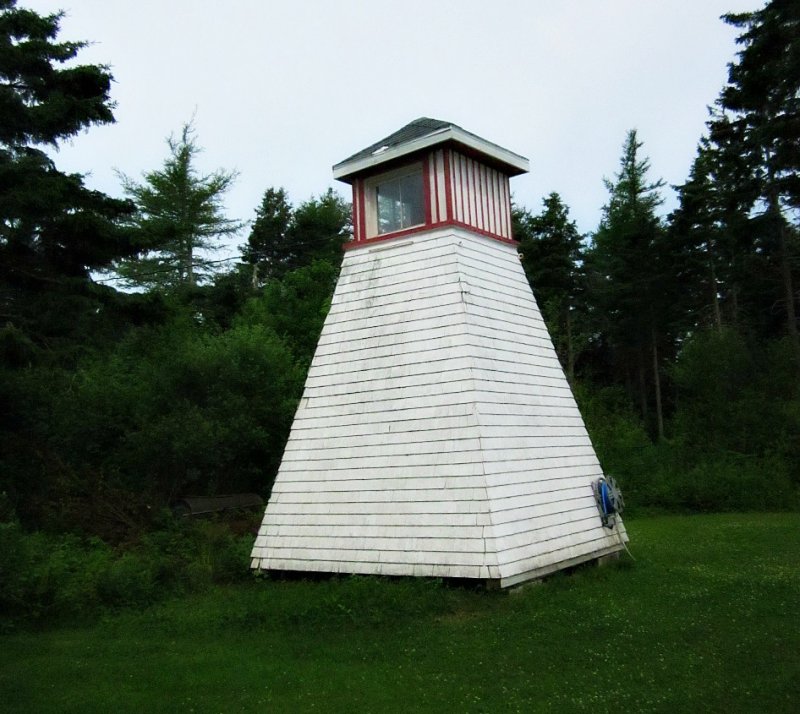 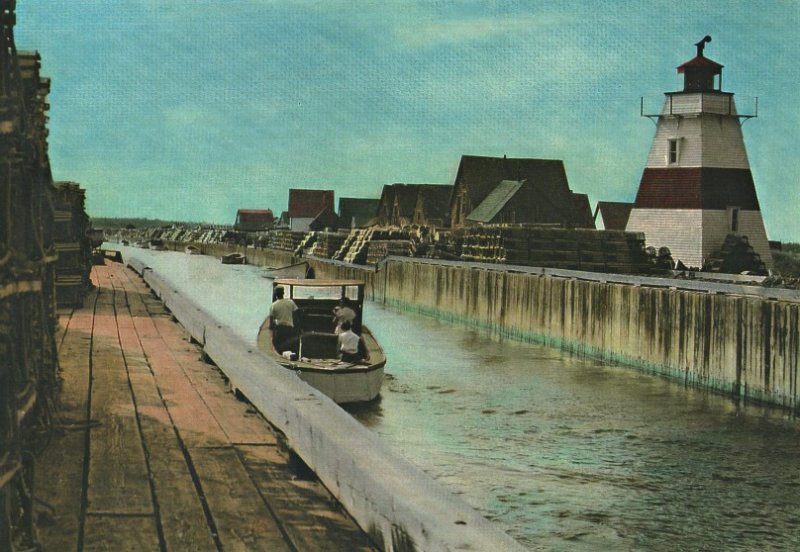