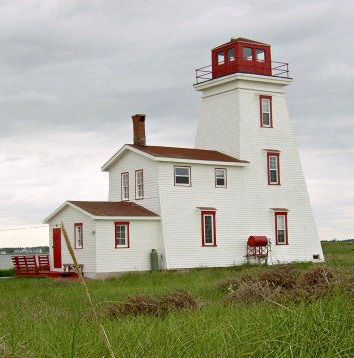 The Former Cascumpec Lighthouse is a square tapered tower with an attached dwelling and shed. The original metal lantern has been replaced by a square wooden lantern. The lantern deck is supported by a simple cornice and surrounded by a metal railing.

There is a shed dormer over the the tower windows and the lower windows. This lighthouse has a combination of original and modern windows. The roof, the lantern, and doors are painted red as is the trim around the windows and deck.

Central Coastal Drive -From Route 12 (Church Street) in Alberton, turn south on Main Street and continue for 3 km (2 miles) on Highway 152 to Northport. The Cascumpec Lighthouse is visible on an island just offshore from the marina in Northport. If you want to take a trip aboard a pontoon boat to get a closer look at the lighthouse, contact Blair Matthews (902)853.7943.

Cascumpec Lighthouse failed to meet the expectation of mariners, so in October of 1855, Silas Barnard, Superintendent of Public Works, attempted to improve the light as described in the following report he submitted to the House of Assembly.

" I went to Cascumpec, and took with me one of the Lighthouse Lamps which had been in use at the Point Prim Lighthouse, and fitted it up in the Lighthouse at Cascumpec, and instructed the Keeper how to use and clean it; the man has, however, a very poor chance to keep a good light, as the upper part of the Tower is so small that the man has no room to work at trimming the Lamp, and must remove it every time he trims or snuffs it, which should not be, as the Lamp should remain stationary, and there should be sufficient space for the keeper to pass in front of it and trim the light. The present Lamp will be better than any that has been used there heretofore, and may be used for the remainder of this season. "

The lighthouse was replaced in 1856 and again in 1876 by the present Cascumpec tower. In 1899-1900 they had to move the lighthouse across the harbour ice to the Cascumpec Sandhills. The move, supervised by Milton Walsh, took sixteeen teams of horses to accomplish. However, it got stuck in snow drifts on the sandy island and remains there today.

The old lighthouse and the whole island was sold to a group who have kept it in excellent condition.

In October 1968, a mechanical light was set up adjacent to the old lighthouse. This newly constructed lighthouse was a square metal skeleton tower standing 17.8m (58') high. Later it was enclosed and painted white with broad red stripes. The power of the light was downgraded in intensity.

Due to a storm surge in January 2004, the land by the new lighthouse became so eroded that the tower was removed in July 2004. Another light has been placed at the opposite side of the harbour entrance near the site of the first lighthouse. 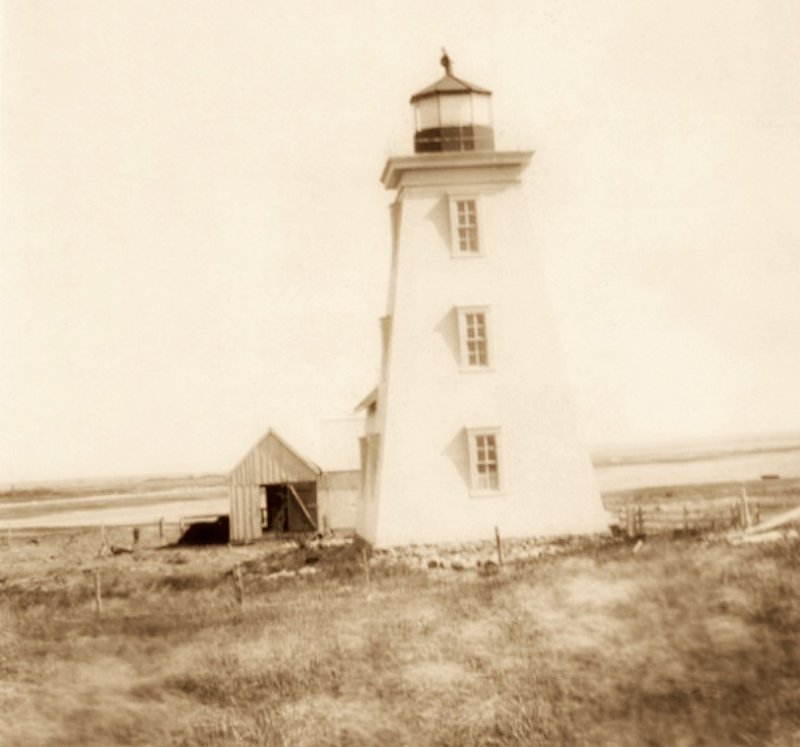 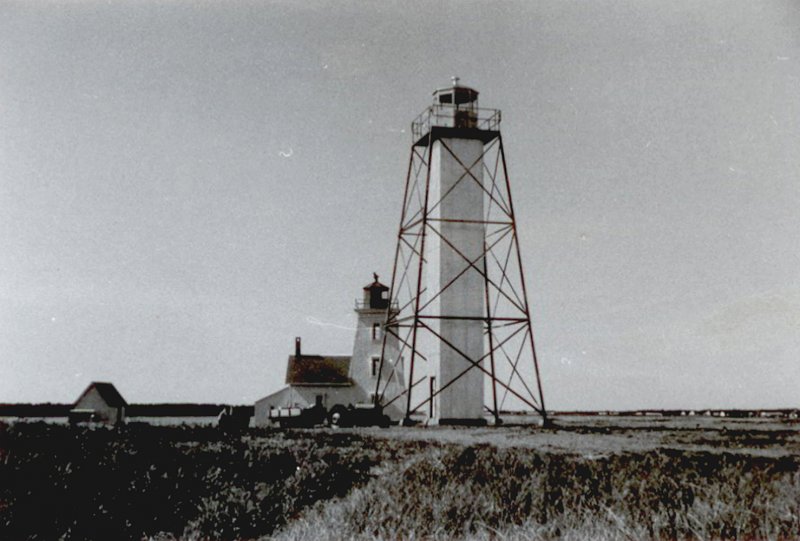 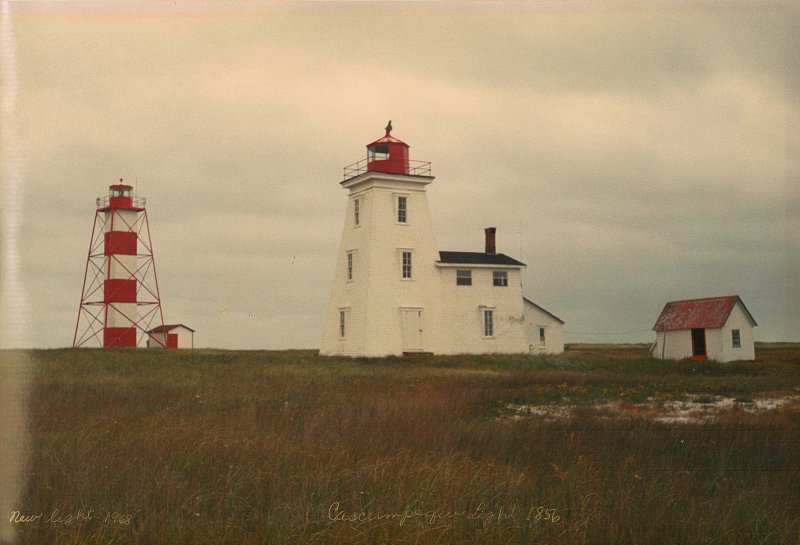