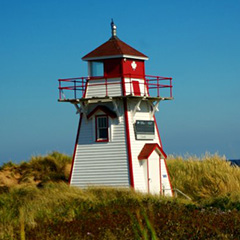 The present lighthouse is one of the smallest on the Island. It is a squared tapered tower, 8.2 M (26.8') high, base to vane. The pressure treated cedar siding which was installed in 1994 is painted white. The windows and door have decorative pediments, trimmed red. A simple deck with red metal railings surrounds the upper portion of the tower. It is supported by unique wooden brackets. The corner casings are also painted red and add to the pleasing appearance of this lighthouse

The fog horn which is located on the lantern, is maintained by the local harbour authority. It points due north 005 degrees and, when needed, sounds a three-second blast followed by twenty-seven seconds of silence. The use of all fog alarms was discontinued around 2000.

Central Coastal Drive - From Route 6, south of Stanhope, take Route 25 (Bayshore Road) north into town until it ends. Turn left onto Gulf Shore Parkway, and the Covehead Harbour Lighthouse will be on your right after a short distance on Cape Stanhope at the entrance to Covehead Bay in the Prince Edward Island National Park.

The 1893 Annual Report of the Department of Marine and Fisheries gives the following description of the Covehead Range Lights:

Though there had been range lights on this site since 1879, the first Covehead Lighthouse, a three-sided structure, was not built until1967. It was located at Red Point.

On the side of the lighthouse there is a plaque which commemorates the Yankee Gale which caused the loss of eighty boats and 161 lives.

The forenoon had been particularly balmy. Schooners had sailed into the shallow waters in search of Mackerel and Cod, but darkness found the vessels trapped in the stillness close to land. Theses was no breeze to carry them offshore. That evening a strong wind blew from the northeast. By midnight it had raged into a powerful gale.
For several days the wind and waves gathered strength. On the morning of the fourth day, the sea subsided. Battered ships were strewn along the north shore. Bodies of sailors and fishermen were entangled amongst the wreckage.

Many men were buried here in Prince Edward Island. Their graves are a silent reminder of the changing moods of the sea." 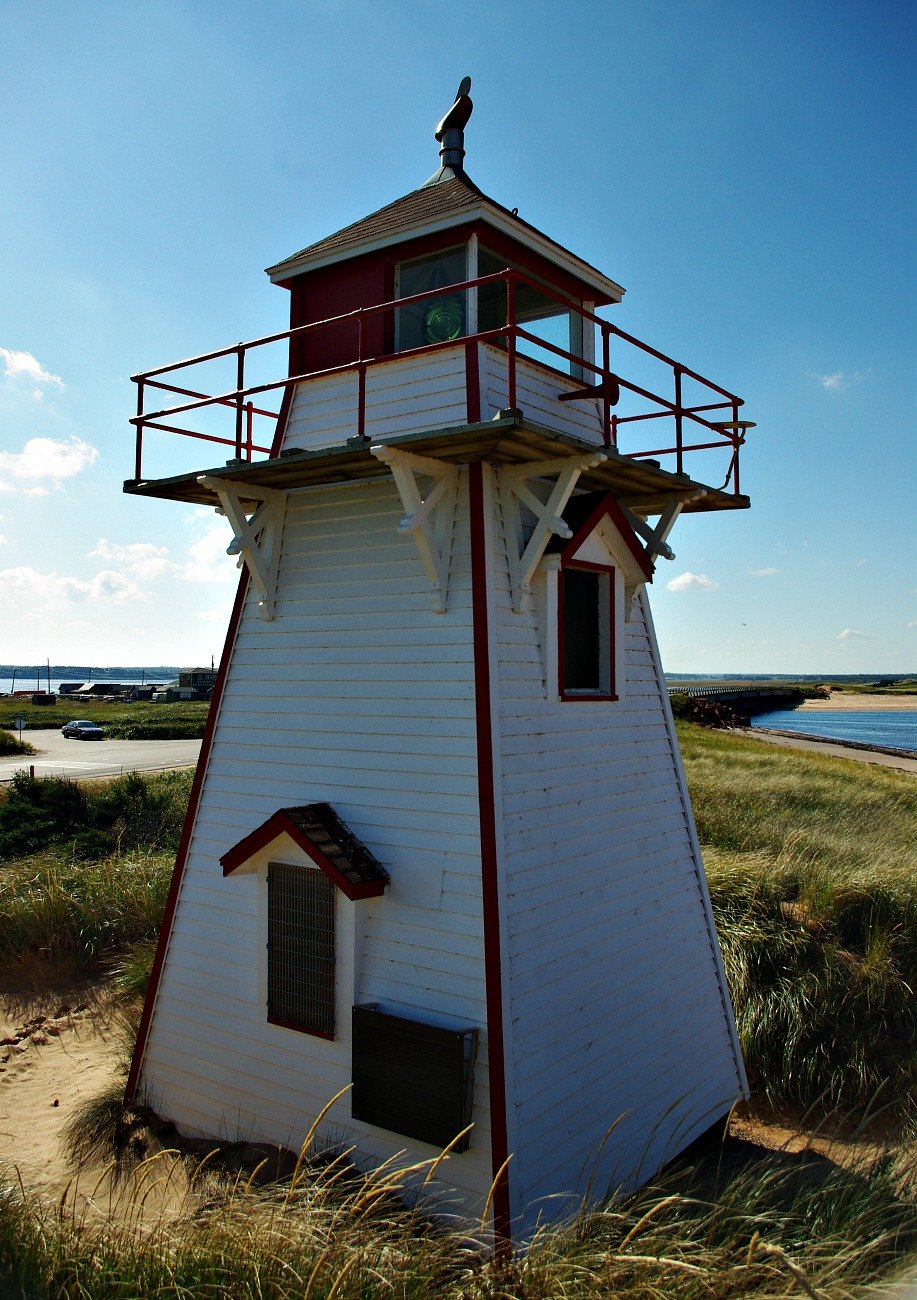 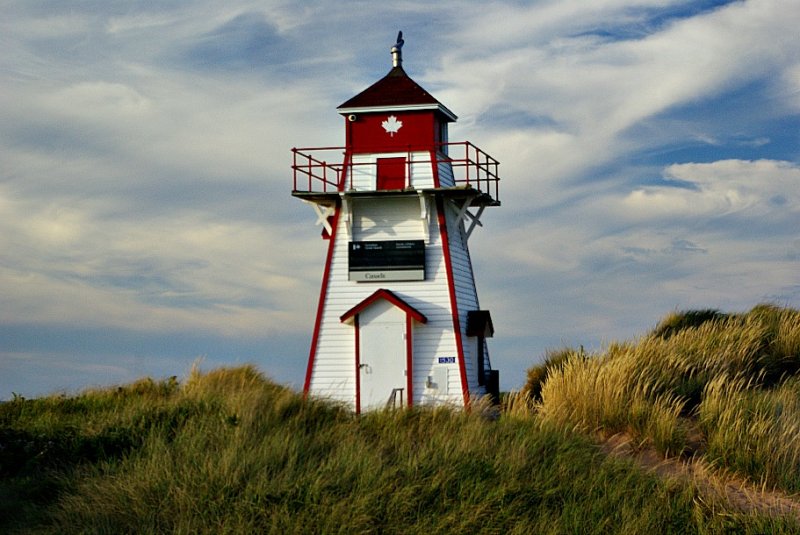 This lighthouse has always been electrified so has never had any light keepers.

Historically, though, back in 1879 there were two men who were keepers of the two masts that opperated as ranges.

Government of Canada. The Friends of Covehead Light has submitted a petition for ownership through the Parks Canada Heritage Lighthouse Program.