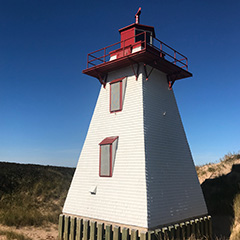 The square tapered wooden structure has a broad base and steeply sloping sides. It has a superimposed gallery supported by metal brackets and surrounded by a metal railing. This lighthouse does not have the traditional red lantern. Instead, it has a grey metal one. The narrow windows have slanted shed dormers, and there is a simple red pediment over the door.

Although some records say it is on its original site on the breakwater.

Points East Coastal Drive - From Route 2, just east of Morell, turn north on St. Peter's Harbour Road. After 2.1km (1.3 miles) turn right on Lighthouse Road and follow it to its end where you will find the St. Peters Harbour Lighthouse. Note that as you approach the lighthouse the road may become rutted and impassable, forcing you to walk the last portion of the road.

Range lights were established here in 1865, but the exact date of the lighthouse construction is unknown.

This is one of the 16 locations in Prince Edward Island that had lights when the province joined Confederation in 1873. The lighthouse was designed by the Colonial Government and its builder is uknown. There is no record of a light keeper's dwelling.

West Point Lighthouse, built in 1875, was the first of the square tapered towers on PEI. Since St. Peter's Harbour Lighthouse is built in that style, it would have been built after this date, not before. The exact date is still uncertain. 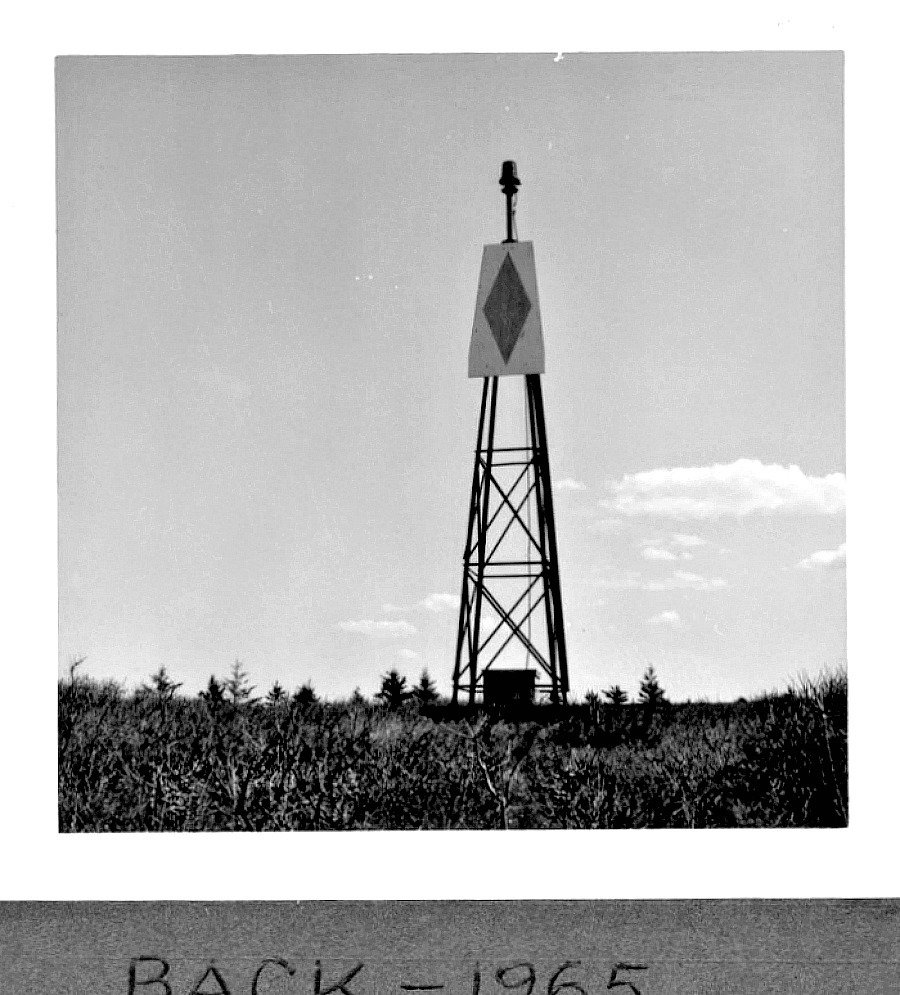