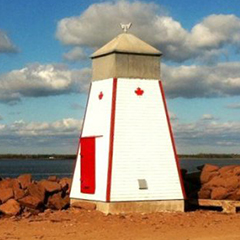 Murray Harbour Front Range Light / Beach Point Front Range Light - This tower is typical of the utilitarian towers of the era with square tapered sides. The square grey metal lantern sits on top with no lantern gallery, or brackets. It has glass windows on the two seaward sides. Its only decorative elements are the red corner casings, red maple leaf on two sides and the red daymark. There is a red door, topped with a shed dormer white roof. It is on a solid concrete foundation and is protected by a rock seawall.

*Caution: This sandy road is easy to get stuck in. Drive with care.

In 1868 or 1869, a beacon or possibly a daymark was established. A range light was built in 1878. It was designed by the Department of Marine and built by Joseph Egan for the sum of $850 to build both range lights.

While lighthouses and range lights were often given height extensions, they were seldom decreased in height. However, in 1902, the Murray Harbour Front Range Light was decreased 3m (10 feet) to its present height of 7.2m (23.6 feet), to give greater visiblity to the back range. It was moved to the tip of the point in 1908.This range light was protected by wooden cribwork and rocks.

A 1914 Coast Guard photograph, shows the tower with a surmounted lantern deck surrouned by a cross braced railing, supported by curved brackets. There is a narrow vertical window.

Renovations in the late 1990’s saw the walls of the tower covered with vinyl siding with red corner casings, and the lantern changed from red to gray.

During the December 2010 storm surge, the lighthouse was torn from its foundation and was severely damaged. For a time, it appeared that it would not be restored. Widespread local opposition to this decision lead to the circulation of a petition from community members. In total, over 3,000 signatures were collected. Much of the vinyl syding had been destroyed and when the tower was repaired it was clad in cedar shingles. The lighthouse was reinstated in 2011. 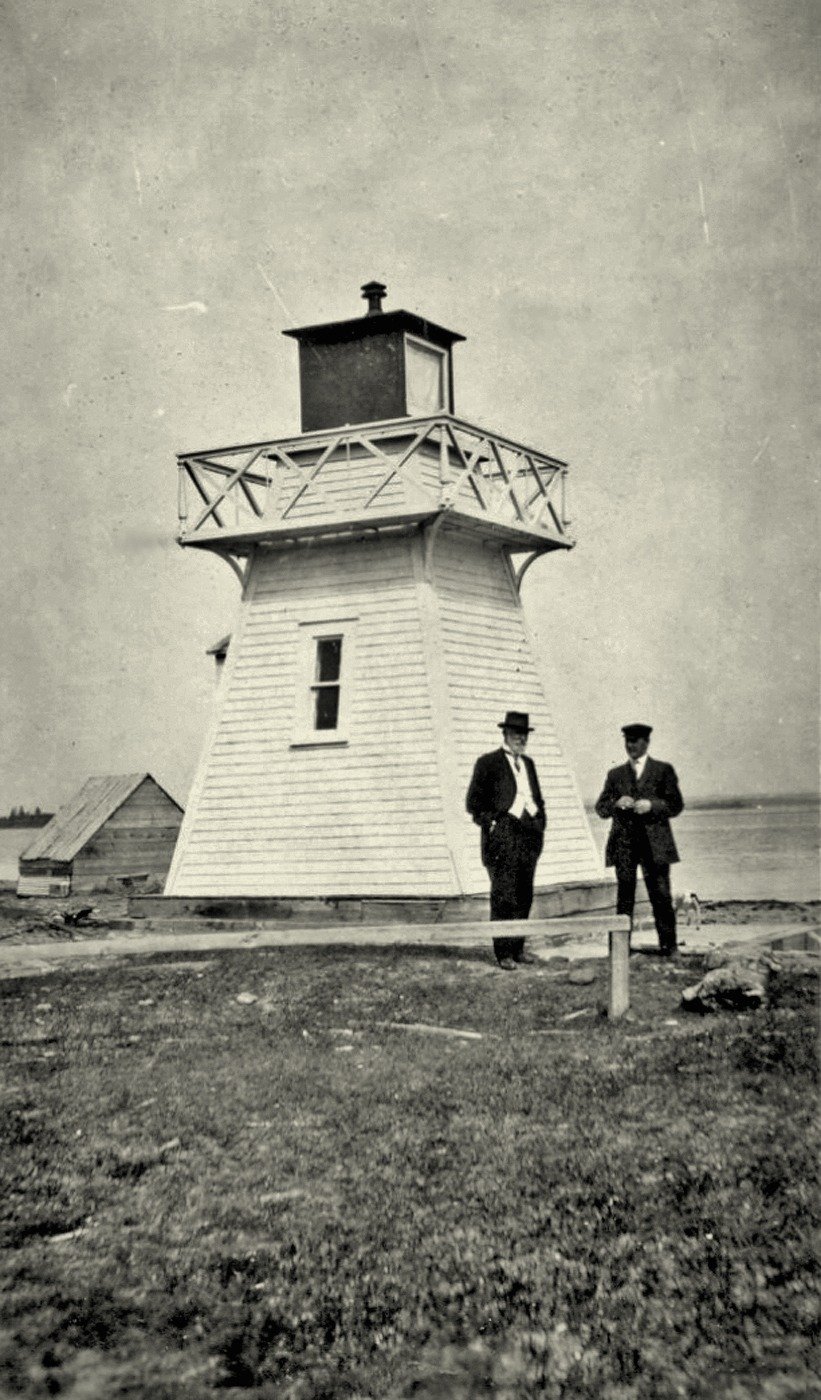 The lighthouse is owned by the Government of Canada. The Beach Point Lighthouse Society has submitted a petition for ownership under the Parks Canada Heritage Lighthouse Program.